London is home to many of the world’s most impressive creative studios and today Creative Chair is in the big smoke for an interview with Michael Scantlebury, the founder and director of Impero, a studio with an impressive level of work and innovation.

You can see more from Michael Scantlebury’s Impero on their website.

What motivated you to start Impero?

I started my career creating brands online when I founded a couple of successful online start-ups in New Zealand. Through that, I learnt a hell of a lot about how to make grow brands online, so I wanted to do that for brands that were struggling to find the winning formula. I am also quite nostalgic, I remember brands in my life even from a young age (Sega,Garbage-Pail kids, Tangy Fruits (NZ thing – google it)) that are just so tired now, and so I wanted to create an agency that focused on them – bringing them back to fame and glory. I like the challenge and the whole ‘last chance’ scenario that creates. Impero really is the combination of both those pillars.

How have things changed at your agency over the past eight years?

What hasn’t changed would be a shorter answer!  I am a creative that had to learn to be an MD. My previous businesses were comparatively small to what Impero is now so I had to learn how to manage and motivate. Not something that comes naturally. So the agency is always changing because as a group we are always learning and changing. What hasn’t changed is our ambition and luckily for us our growth speed.

Your studio has done a number of side projects, like Grim London, The Fucking Tube Strike and an Impero Christmas Tail. Would you say that you’ve now found a successful formula for ‘going viral’, and, what’s next side project in the pipeline?

Speed + Creativity + Risk. You have to move fast, you need to have a good idea, and you need to take on some amount of risk. We created the Tube Strike site in 48 hours, a great example of speed and creativity coming together.

And when I say ‘risk’ it’s because you have listed some of our more successful internal projects, but you haven’t listed one or two others that are less so – you have to be able and willing to risk creating a failure if you want to create something that will smash it. We try and bring that model to our clients thinking as well.

The next one? Not sure, that’s the key to creativity/speed/risk – if we could plan it out, then you would lose the benefit of those three things. So I guess we will both know soon, but I will only know a little before you!

Your projects are well executed and often incredibly ambitious. Has there ever been a time when an idea has proved too ambitious to be viable?

Yeah, of course. Sometimes people get nervous, or for uncontrollable reasons, projects don’t get off the ground. Projects that would have done amazing things for brands, but for whatever reason never see the light of day. That was hard to accept initially after my days running my own brands when I could do whatever I wanted – and for young creatives, it can be disheartening – but that’s just life. Sometimes projects die and it’s usually the more ambitious ones find this fate, you have to move on.

The 95th 366 Award goes to Michael Scantlebury of Impero for his outstanding creative work.

This one  (The Tutts – K) such a good track from the height of the Auckland music scene in the 00s. Damn those were good days. 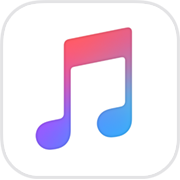